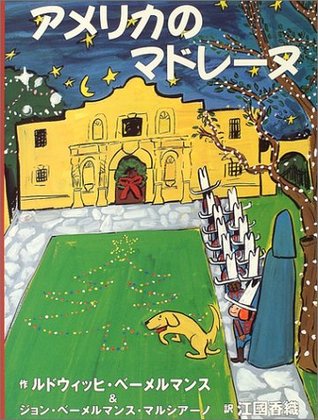 In 1939, readers first picked a fearless little girl named Madeline out of a parade of twelve little girls in two straight lines. Through six published adventures she rose to every challenge, worried her guardian, Miss Clavel, and earned the affection of millions of Americans. But she never came here to visit...until now! In time for the sixtieth anniversary of her birth comes one last wonderful story to treasure about the mischievous Madeline. Here readers will learn Madelines last name, join her and the girls for horseback rides and a tour of the worlds greatest store, and get a hint of what lies in Miss Madelines future.

John Bemelmans Marciano discovered Ludwig Bemelmanss manuscript and pencil sketches for Madeline in America waiting for him among his grandfathers files. Now he has lovingly completed what his grandfather began--with full-color paintings done in tribute to the great master. As a further tribute to Ludwig and as a treat for his fans, the book presents two more holiday classics from the Bemelmans archives: The Count and the Cobbler, a gem of a parable about a brilliant baby who engineers a happy holiday for his desperately poor family- and Sunshine, the timeless tale of a music teacher whose greedy landlord wants to evict her on Christmas Eve.